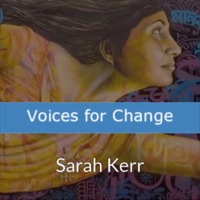 Voices for Change speaks to Sarah Kerr, who is the Director of the Modern Slavery Evidence Unit at the Rights Lab. 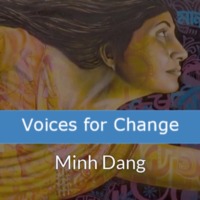 Minh Dang is the Director of Survivor Alliance, and is currently studying for a PhD at the Rights Lab at the University of Nottingham. 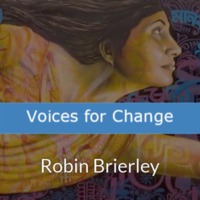 Voices for Change speaks to Robin Brierley, who is an independent consultant who works for a number of organisations in the UK. 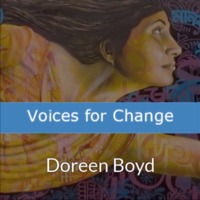 Voices for Change speaks to Doreen Boyd, who is one of the Associate Directors in the Rights Lab at the University of Nottingham, where she oversees the Data Programme. 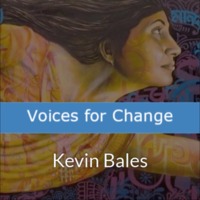 Voices for Change speaks to Kevin Bales who is the Rights Lab Research Director, and Professor of Contemporary Slavery. He is on the Board of Directors for Freedom Fund and is a member of the Global Slavery Index Expert Working Group. 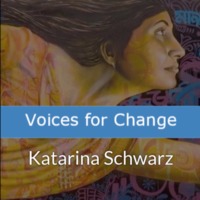 Voices for Change speaks to Katarina Schwarz leads, who the Rights Lab's work on antislavery legislation as part of its Governance Programme. 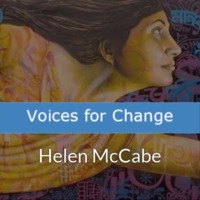 Voices for Change speaks to Helen McCabe, who is an Assistant Professor in political theory in the School of Politics and International Relations at the University of Nottingham. 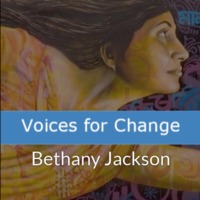 Voices for Change speaks to Bethany Jackson, who is a PhD student at the University of Nottingham in the Geography Department. Her thesis and work with the Rights Lab focuses on the usage of remote sensing in industries that utilise modern slavery. 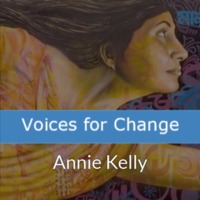 Voices for Change interviews Annie Kelly, who is a reporter and editor at the Guardian, where she leads their modern slavery reporting. 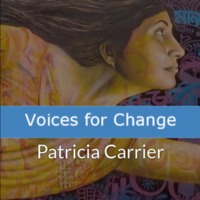 Voices for Change interviews Patricia Carrier, who is the Project Manager of the Modern Slavery Registry at Business and Human Rights Resource Centre. 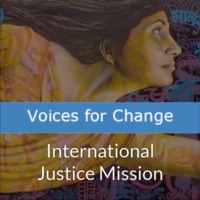 Voices for Change interviews three members of the International Justice Mission: David Westlake, the CEO of IJM in the UK; Steve Webster, the Chief Operating Officer; and Paul Newton, who is an international advocate for IJM. 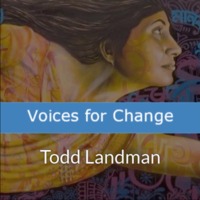 Voices for Change interviews Todd Landman who is the Executive Director of The Rights Lab, a Professor of Political Science, and the Pro-Vice Chancellor of the Faculty of Social Sciences at the University of Nottingham 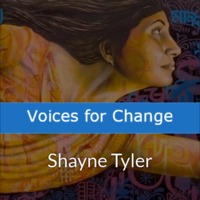 Voices for Freedom interviews Shayne Tyler, who is the Operations Executive at Manor Fresh Limited, and has campaigned tirelessly against modern slavery since discovering it within his organisation in the year 2000. 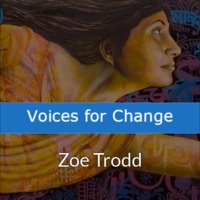 Voices for Freedom interviews Zoe Trodd, who is the Director of the Rights Lab which is the Unviersity of Nottingham Beacon of Excellence that focuses on research to end slavery by 2030. 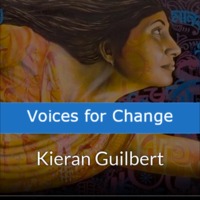 Voices for Freedom interviews Kieran Guilbert, journalist at the Thomson Reuters Foundation, where he is the Slavery and Trafficking Editor. 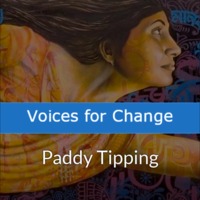 Voices for Freedom interviews Nottinghamshire Police and Crime Commissioner Paddy Tipping as part of the Anti-Slavery Day events put on by the Rights Lab at the Nottingham Council House. 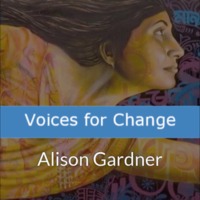 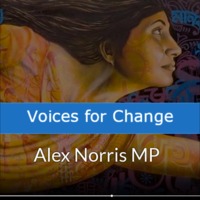 Voices for Freedom interviews Alex Norris MP as part of the Anti-Slavery Day events put on by the Rights Lab at the Nottingham Council House. 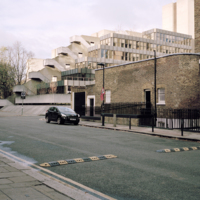 Nigel: They fed me, that was it. That was the only thing they did do, you know what I mean? They said the money would be there at the weekend. I went, ‘Make sure my money’s there, you know what I mean?’ I said, ‘I just want my money. I work hard, I just want my money, that’s all I want.’ Come Friday, I fronted them, they surrounded me – ‘Just get back in your caravan.’ They threatened me. They said, ‘Go back in your caravan or we’ll dust you up,’ they said. It was a bit terrifying, wasn’t it, you know what I mean? I mean you don’t want to beat twenty people. They’re nasty people, they’re just nasty people.Men from 18 to 60 have been targeted from this area and are largely exploited in the block paving and tarmacking industry as well as areas such as agriculture, food processing and factory work.Transcript: Street Slaves, File on 4, BBC Radio 4.The Dark Figure* is an ongoing photographic project that investigates and documents UK neighbourhoods where victims have been identified as modern-day slaves.Photo: Thornhaugh Street, Russell Square, London, courtesy of The Dark Figure 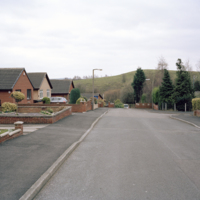 February 2016 A gang of three brothers, their uncle and two women were found guilty of 55 serious offences, some of which lay undetected for almost 20 years. 15 vulnerable girls, one as young as 11, were subjected to acts of sexual violence between 1987 and 2003 including rape, forced prostitution, indecent assault and false imprisonment.  Karen MacGregor was sentenced to 13 years for conspiracy to procure a child for prostitution, false imprisonment, and conspiracy to rape. MacGregor was a high-profile campaigner on behalf of abused children. In 2013, she founded KinKids, a community support group for kinship carers. MacGregor boasted that KinKids had helped families affected by the scandal. She had persuaded Rotherham council, local Labour MP John Healey and other local organisations to support KinKids in the wake of heightened investigation into cases of child abuse in Rotherham.  MacGregor had been luring vulnerable girls to her home in Walker Street, which was described by one of the victims as akin to the Hansel and Gretel fairy tale. There, she would groom them before pimping them out in order for them to earn their keep. One of her victims described how MacGregor was a motherly figure who had taken her under her wing at a difficult time in her life and treated her like a daughter. Another victim described how within days of arriving, MacGregor had plied her with vodka to the point of unconsciousness before waking up to find herself being sexually assaulted.  New investigation: The conduct of more than 50 officers from South Yorkshire Police who had dealt with the victims across the 20 year period is now under investigation.The Dark Figure* is an ongoing photographic project that investigates and documents UK neighbourhoods where victims have been identified as modern-day slaves. Photo: Walker Street, Rawmarsh, Rotherham, courtesy of The Dark Figure